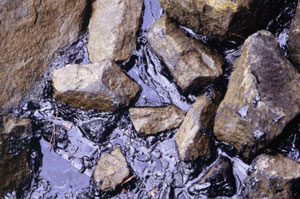 As the BP oil spill continues to gush thousands of gallons a day on the heels of failed attempts to halt the leaking well, actor Kevin Costner has come forward to offer a possible new solution. An unlikely source for such technology, Costner has been working for over fifteen years to quietly develop the machine that employs centrifugal force to separate oil and water.

Costner’s representative and business partner, attorney John Houghtaling, explained the technology to the Los Angeles Times, noting: “The machines are essentially like big vacuum cleaners, which sit on barges and suck up oily water and spin it around at high speed,” Houghtaling said. “On one side, it spits out pure oil, which can be recovered. The other side spits out 99% pure water.”

The actor developed an interest in water preservation and recovery while filming the ill-fated action flick Waterworld. He has reportedly invested over $24 million into the technology. BP has already begun talks with Costner about utilizing it.

After tar balls washed up on the Florida Keys, rampant fear that the oil will destroy delicate ecosystems and industries comes closer likelihood. It has already begun to coat Louisiana’s wetlands.

Read the full story from the Los Angeles Times here.