Ford in Sync with Milennial Engineers 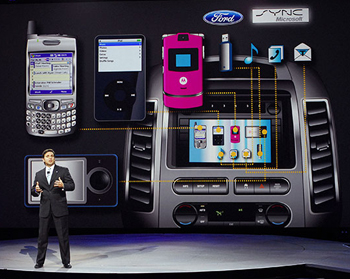 In what’s being called “a developmental shift for Ford,” the motor company has given their Millennial audience a challenge. More specifically, Ford’s challenging computer and electrical engineering students from the University of Michigan to grow it’s in-car connectivity and communications-and-entertainment system, Sync.