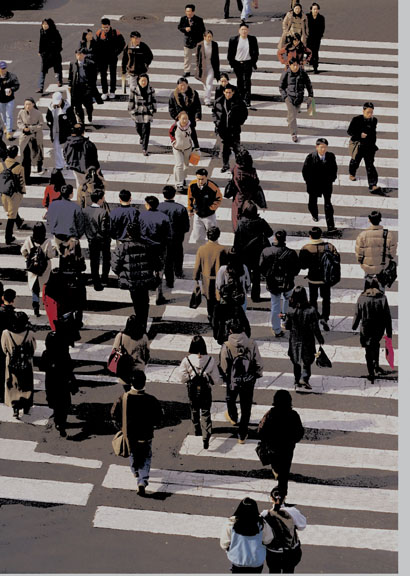 Engineers at Ohio State University are developing a computerized surveillance system that, when completed, will attempt to recognize whether a person on the street is acting suspiciously or appears to be lost.

Intelligent video cameras, large video screens, and geo-referencing software are among the technologies that will soon be available to law enforcement and security agencies.

In the recent proceedings of the 2008 IEEE Conference on Advanced Video and Signal Based Surveillance, James W. Davis and doctoral student Karthik Sankaranarayanan reported that they’ve completed the first three phases of the project: they have one software algorithm that creates a wide-angle video panorama of a street scene, another that maps the panorama onto a high-resolution aerial image of the scene, and a method for actively tracking a selected target.

The ultimate goal is a networked system of “smart” video cameras that will let surveillance officers observe a wide area quickly and efficiently. Computers will carry much of the workload.

“In my lab, we’ve always tried to develop technologies that would improve officers’ situational awareness, and now we want to give that same kind of awareness to computers,” says Davis, an associate professor of computer science and engineering at Ohio State University. The research isn’t meant to gather specific information about individuals, he explains.

“In our research, we care what you do, not who you are. We aim to analyze and model the behavior patterns of people and vehicles moving through the scene, rather than attempting to determine the identity of people. We are trying to automatically learn what typical activity patterns exist in the monitored area, and then have the system look for atypical patterns that may signal a person of interest—perhaps someone engaging in nefarious behavior or a person in need of help.” The first piece of software expands the small field of view that traditional pan-tilt-zoom security cameras offer.

The system won’t rely on traditional profiling methods, he says. A person’s race or sex or general appearance won’t matter. What will matter is where the person goes, and what they do. “If you’re doing something strange, we want to be able to detect that and figure out what’s going on.”

They are now looking into the possibility of deploying a large test system around the state of Ohio using their research. Here, law enforcement could link video cameras around the major cities, map video panoramas to publicly available aerial maps (such as those maintained by the Ohio Geographically Referenced Information Program), and use their software to provide a higher level of “location awareness” for surveillance.

For more information on this study, log onto http://researchnews.osu.edu/archive/surveillance/index.htm.